Your shopping bag is empty

Go to the shop

Great to have you back!

Don’t have an account?Register now
Register
Back to login
Home News Flannel is more than just plaid... Flannel is more than just plaid...

So we were thinking of a way to bring more educational and though the history of flannel would be cool. Doing some research I came across this rad article from Tucker Bowe at Gearpatrol.com. so here you are.

Flannel is more than just plaid.

Lumberjacks and grunge music aside, it’s a versatile fabric with a deep history that stretches back centuries. Today flannel is far reaching; its popularity transcends social gaps and gender, and never seems to stagnate. But it wasn’t always so. Long before “Smells Like Teen Spirit” blew out boomboxes and Gregory Peck captivated audiences in a flannel suit, the fabric was meant for one purely practical purpose: warmth. 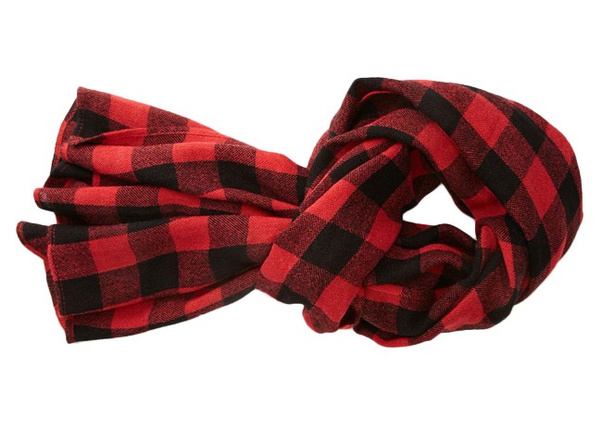 Flannel first emerged in the 17th century, created by the Welsh as a replacement to their plain wool garb. Made out of worsted yarn, napped on one or both sides, and sourced from the country’s multitudinous herds of sheep, the fabric provided much better protection against the Welsh’s notoriously wet and windy winters; it’s unclear who named the stuff, but the French called it flanelle, the Germans, Flanell.

Because of its durability, affordability and warmth, flannel quickly became popular across European borders. Wool factories sprouted up all over England and France; by the 19th century, its production blossomed thanks to the more efficient mechanical “carding” process, utilized by mills all over Britain during the Industrial Revolution. In 1889 American entrepreneur Hamilton Carhartt, seeing the need to improve the working man’s uniform in the United States, opened his factory in Detroit, MI and started producing tough flannel garments.

In the late 19th century America was still in a transitional period; westward railroads were under construction, as were large factories. Flannel, already utilized during the Civil War as a cheap, tough material for soldiers’ undershirts and simple four-button coats, easily found a place as the ideal fabric for workmen; it was used to make one-piece union suits (long underwear) and work overalls for railroad and construction workers.

At the turn of the 20th century, perhaps because of its association with construction and frontiersmen, the flannel shirt became a symbol for rugged men. The American populace were captivated by the mythical giant Paul Bunyan, garbed in red plaid flannel shirt. His tall tales and heroics inspired workmen — especially loggers — and their children. 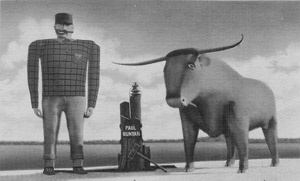 The fabric once again was called upon by the military during WWI, used to make undershirts, belts and sewn-on patches. When American soldiers were sent off to the Pacific and European theaters in 1942, they were still wearing flannel, including in the warm lining of the famous Parsons M1941 field jacket.

After the war, flannel proved it wasn’t exclusive to the undershirts, work clothes and bedding; it could also be sophisticated. The 1950s witnessed the rise of gray flannel suits, the standard for most all business men. In 1955, The Man in the Gray Flannel Suit, a novel by Sloan Wilson about a man navigating the new business world, was released to critical acclaim and prompted a film adaptation starring Gregory Peck (a style icon of the time) in a Fox Flannel suit.

The fabric continued to feature as a business essential in popular culture. Disney’s The Horse in the Gray Flannel Suit (1968) parodied the modern business man; Sean Connery rocked a few gray flannel suits in 1964’s Goldfinger. 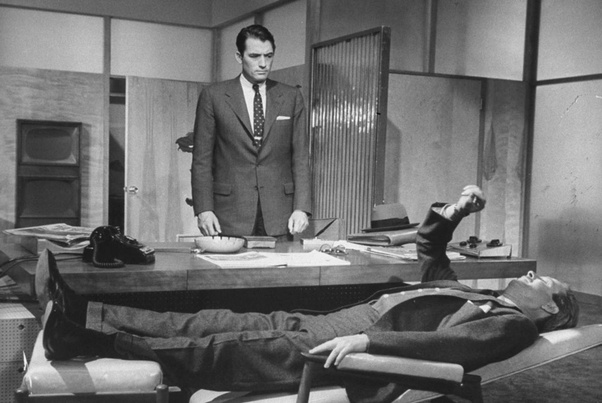 Gregory Peck in The Man In The Grey Flannel Suit

In 1975 flannel was even turned into a scent by Geoffrey Beene; “Grey Flannel” was one of the first ever designer-made colognes.

Flannel re-surged with a vengeance the early ’90s as part of the grunge music scene. The shirts that had united America’s working class in the 1950s became a symbol of the anti-conformity zeitgeist. Pacific northwestern bands like Nirvana, Alice in Chains and Pearl Jam were garbed in messy plaid flannels that were both cheap and built strictly for comfort — the polar opposite of the neat gray flannel suit of the ’50s.

Today flannel is synonymous with outdoor wear. Often confused with plaid (which is just a pattern of woven flannel), flannel is a staple for outdoor brands such as LL Bean

and Pendleton. The once rugged plaid shirts has transitioned to lighter cottons and more affordable synthetic fabrics. The newer shirts replicate the same plaid style, but don’t offer the same durability and warmth as the original. 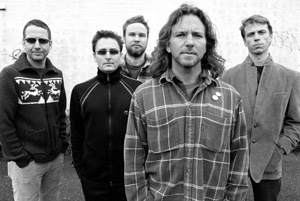 Plaid flannel has also transitioned to high fashion. It was picked up by big-named brands — including Tommy Hilfiger, Dior and Ralph Lauren — and crossed the gender divide, finding use in women’s

shoes, bags, dresses and everything in between. In their most recent AW14 runway shows, brands from Louis Vuitton, Valentino to Maison Martin Margiela have all showcased grey flannel suits, surely influenced by the resurgence of 1950s and ’60s style brought on by shows like Mad Men.

Both a sturdy staple and an ever-reborn product of cyclical fashion, flannel has grown from humble Welsh beginnings to clothe the builders of the railroads and inspire folklore, symbolized the American business work ethic and that idea’s angry cultural and musical counterpoint. Say what you will about its inferiority to new-fangled lab-created materials — it’ll be around longer than you will.